We are delighted to announce the launch of LDN REiMAGINED published by Unicorn Publishing Group. The book and show will take you on a surreal visual journey of London. The launch and subsequent show will take place at Zari Gallery, located in the heart of Central London and will feature brand new works by artist and author Robert John.

London is full of landmarks that you’ll be very familiar with. From the historic St Paul’s Cathedral and Tower Bridge to the modern-day architecture of The Shard. It is a city that is forever changing and full of surprises around every corner. But there are a few corners you will never see without looking through the eyes of this book. It will show you a reimagined version of these famous landmarks that will question what you see and have you asking, what is real?

In this London towers transform into giant robots, stars are born from flowers, gateways to other worlds open up through the London Eye and show you a different reality. Every image in this book will show you a surreal version of London, taking you on a visual journey through the city you thought you knew.

Lord Strathcarron, Chairman of Unicorn Publishing Group says: “One look was all it took; we knew we had to publish this art. It breaks new ground, as inspiring as Robert is himself. Re-imagining is a constant process, never standing still; the book design reflects this, each page seeming to turn itself. The exhibition confirms our excitement, a chance for viewers to share his imagining directly, to interpret his realty as he has interpreted perceived reality. We are delighted and honoured to be working with such an
expressive artist.”

Georgina Dhillon, Zari gallery says: “Zari Gallery is honoured to represent Robert John as one of its resident artists and excited to host the exhibition and book launch for ‘LDN REiMAGINED’. Robert John brings into sharp focus that reality is what the individual sees and imagines. He illuminates a perception that is hidden. It will shock and thrill the viewer to discover John’s new London in an alternate universe.”

Georgina Pavelin, Marketing Manager, Olympus UK says: “Olympus are pleased to support Robert John’s exhibition ‘LDN REiMAGINED’ which launches the book of the same name. Robert’s images demonstrate creativity and challenge reality helping the voyeur to consider different perspectives If you are in town we would recommend a visit or to explore his work through the book”

Robert John is an artist from Tooting, South London of Pakistani descent with a Catholic Christian upbringing. His work channels the Surrealism art movement to interpret the world around him and the reality in which it exists. Robert has worked across many iconic brands through his career as a designer for the BBC.

In late 2012 he started his art practice called What I See When. The idea for the project was inspired by his late father who lived with Parkinson’s and developed Parkinson’s dementia. His father began seeing things which were not visible to anyone else; he could see these things, smell them, even touch and feel them. This made Robert think about what our concepts of reality are and what we choose to actually see. It also reminded him of how as a child he would create elaborate worlds and places in his imagination. His practice asks us to go back to that imagination and tell everyone what we see in the world around us. 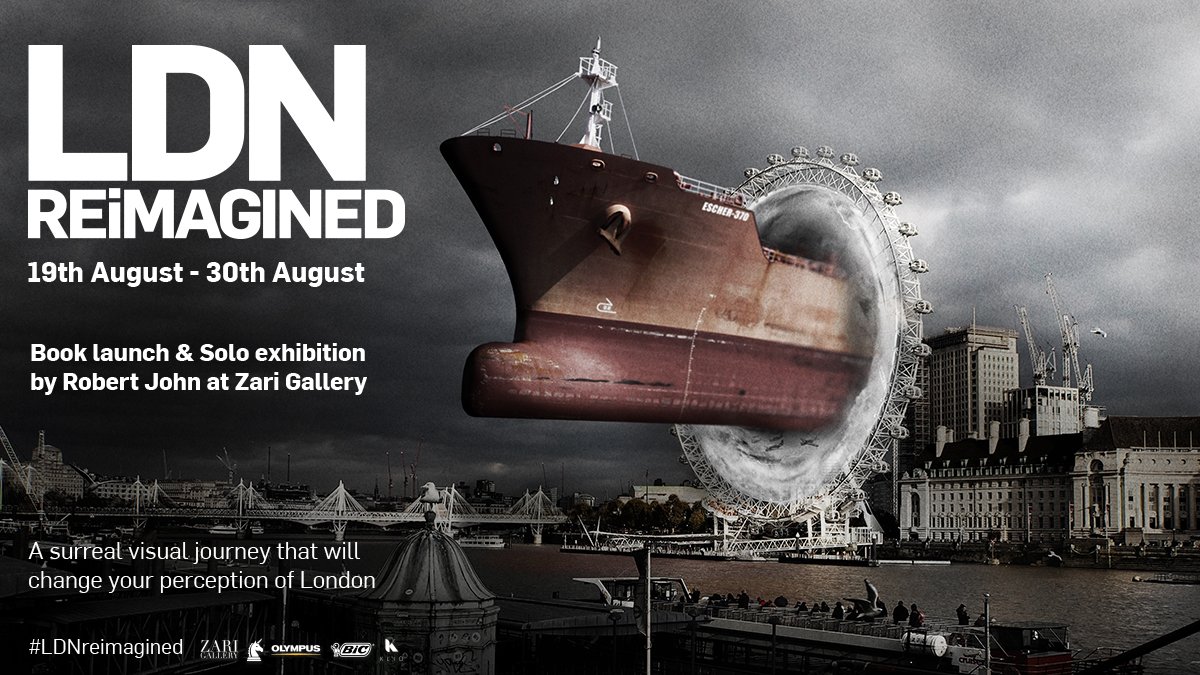