A Time To Fight In The Daily Mirror

A Time to Fight by Robert Anderson has been serialised in the Daily Mirror as part of their commemorations for the 75th anniversary of the D-Day invasion. Each day, from Monday 27th May to Saturday 1st June, they will be sharing the stories of the veterans featured in the book. It kicked off with Alan King, now 95, who was a wireless operator in Sherman tanks servinf in the East Riding Yeomanry.

Forthcoming features include The Sun D-Day supplement, Spirit Of Normandy Official 75 Anniversary Journal, and reviews in Skirmish and Evergreen. 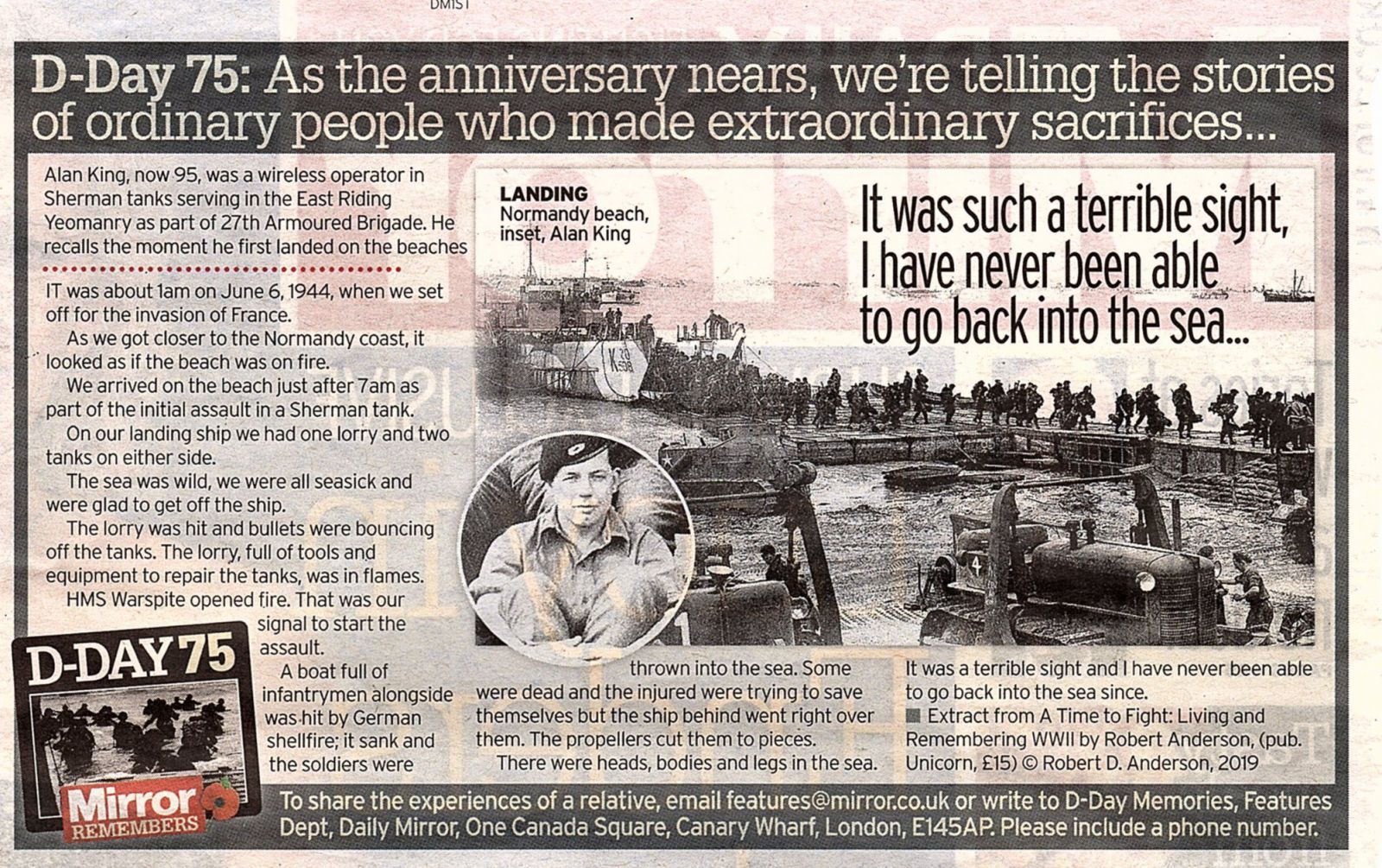